25 June 2021 – the open lecture “Security aspects of EU integration” was held for for students, teachers and everyone interested in European topics at Dostoevsky Omsk State University.

16 October 2020, a webinar was held on the topic “International experience in the implementation of JeanMonnet grants and their impact on the educational processes in universities”. The webinar was organized by the Omsk State Agrarian University named after P.A. Stolypin.

Conference Program)
Video of the conference

February 2020 – participation in the Winter Academy, organized by the Foundation. Konrad Adenauer, Berlin, Germany. Participation took place within the framework of research work on the project “Security aspects of EU integration”. 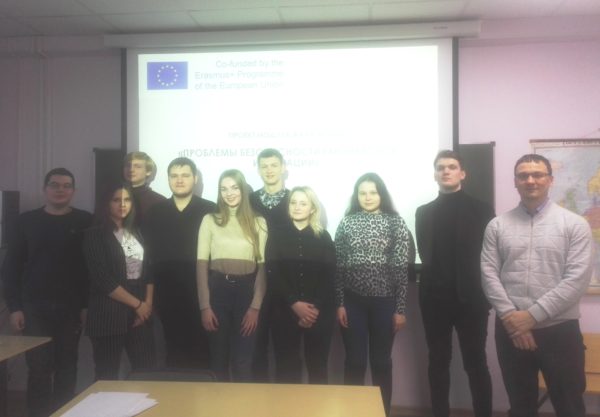 October – December 2019 – the course “Security aspects of European integration” is presented to bachelors of  the ИИБ-701-O group, studying the “History” education program.

26 September 2019 – participation in the Second European Education Summit, Brussels, Belgium. Some issues of organizing and conducting of education process were discussed. The puprose of the participation was to study study modern educational practices of the European Union, familiarize European colleagues with the experience of implementing Jean Monnet projects at OmSU and expand professional contacts.

24 September 2019 – taking part in the conference “Lessons from History: 20 years after the end of the Kosovo” hold by the Friends of Europe think tank, Brussels, Belgium. The participation took place within the research work on the project “Security aspects of EU integration” 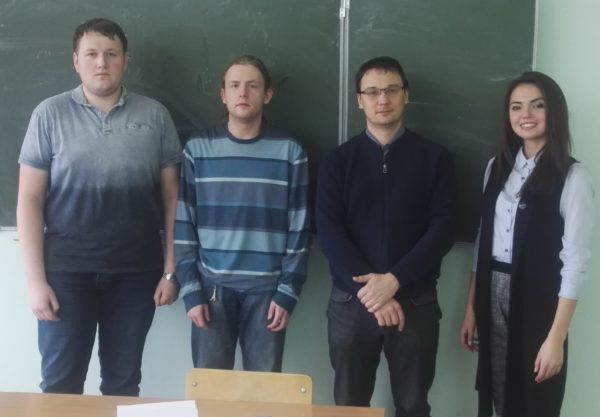 September – december 2019 – beginning of the second year of the project. The module is presented to the masters of the IMI-801-O-03 group studying in the direction of “General History”.

7 – 12 june 2019 – participation in the international forum Примаковские чтения – 2019, held at the Center for Foreign Policy Cooperation. EAT. Primakova. The forum held the session “The EU as a global strategic player: the formation of subjectivity?”, Organized in cooperation with the Munich Security Conference. A discussion of EU security issues was held with leading experts, politicians, and journalists. Participation in the forum took place as part of the research project on the “Security Problems of European Integration” project. 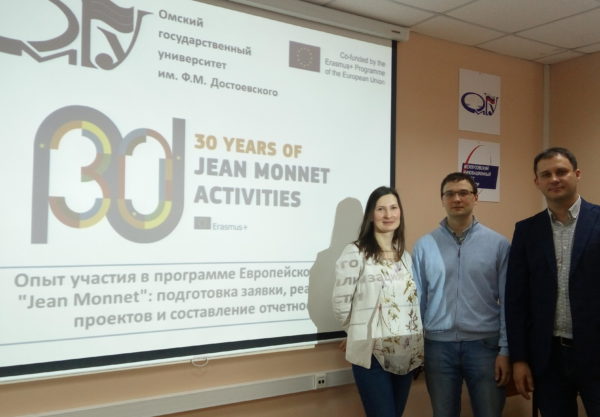 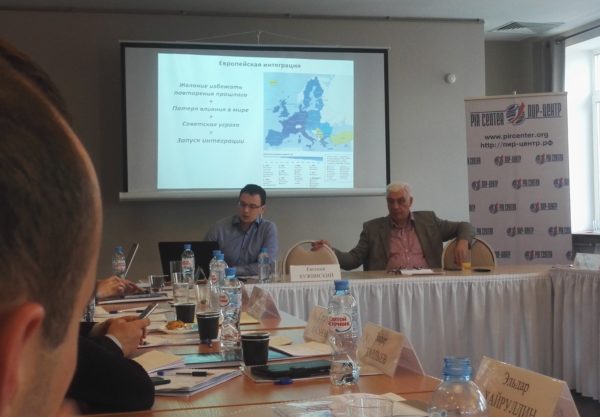 April 6-14, 2019 – as part of an international school ПИР-Центра on global security issues leading НКО России, dealing with international security issues, a report was presented on the theme “Countries of the Visegrad Group and the formation of a new European security architecture.” The report was prepared as part of the research part of the Jean Monnet Module project. Слушатели школы, among which were students, scientists, journalists, military, diplomatic officers, employees of international organizations from 10 countries, were familiarized with research developments on the problems of European integration security in the Eastern European subregion. 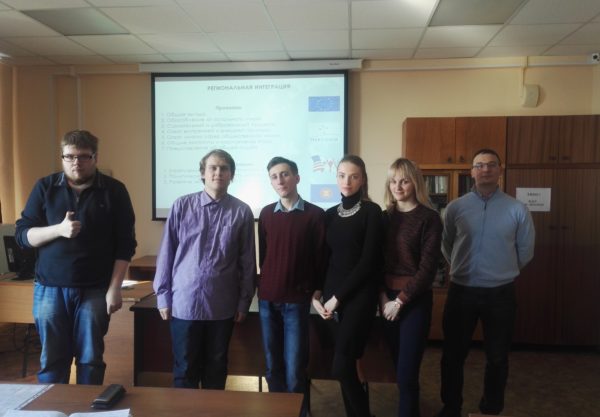 Февраль – апрель 2019 – teaching the discipline “Security Problems of European Integration” among 4th-year bachelor students, group ИАБ-501-О,  students in the direction of “Anthropology and Ethnology” at the Faculty of History of Omsk State University. F.M. Dostoevsky. The total number of students is 12. The course lasts 18 hours. 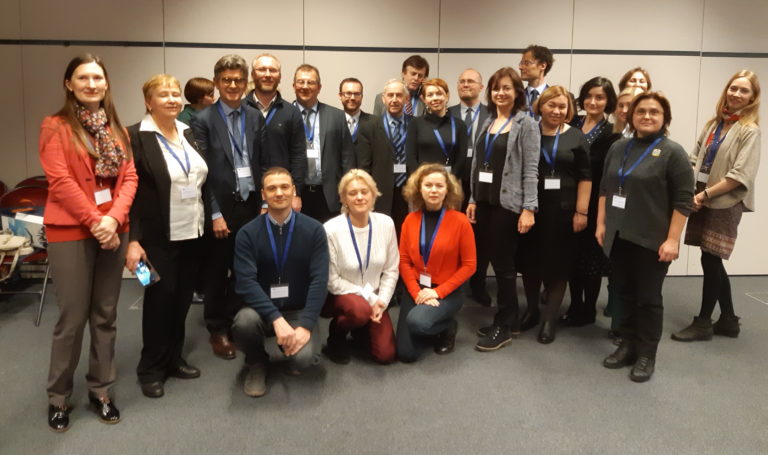 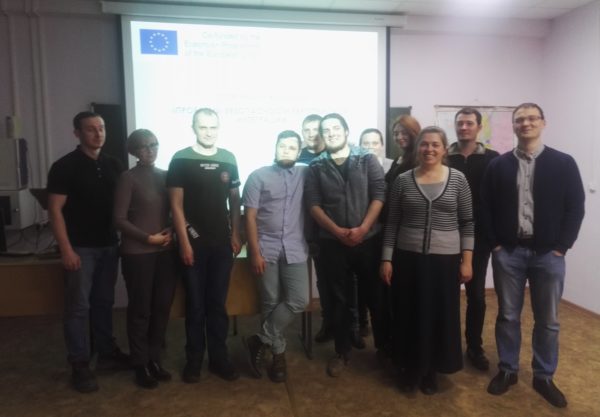 November 2018 – teaching the discipline “Security aspects of EU integration” among fifth-year students, group ИИБ-431-з, studying in the direction of History at the Faculty of History of Dostoevsky Omsk State University. The total number of students is 19. The course lasts 8 hours.

1 november 2018 in the framework of the second international forum “Модель международных организаций” in the section “Organization for Security and Cooperation in Europe” a report is presented on the creation of a pan-European security system. The forum participants were students of Omsk State University. F.M.Dostoevsky, as well as leading universities in Russia. 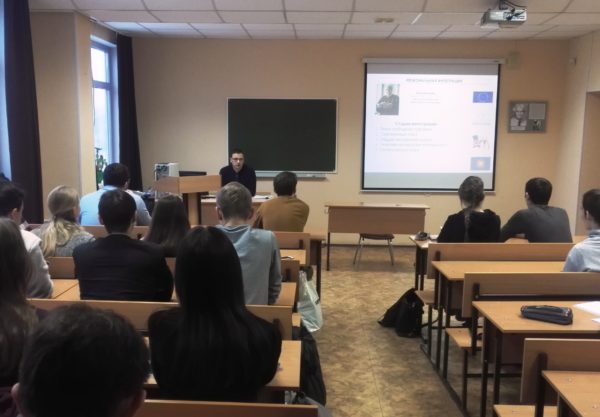 September – december 2018 – teaching the discipline “Security aspects of EU integration” in 3rd-year bachelor students, group ИИБ-601-О,  students in the direction of “History” at the Faculty of History of Omsk State University. F.M. Dostoevsky. The total number of students is 25. The course lasts 28 hours.

1 september 2018  – beginning of the implementation of the Jean Monnet Module program, “Security aspects of EU iintegration,” at Omsk State University F.M. Dostoevsky. The program is designed for 3 years.